Claim: Meteorite discovered with signs of life in it 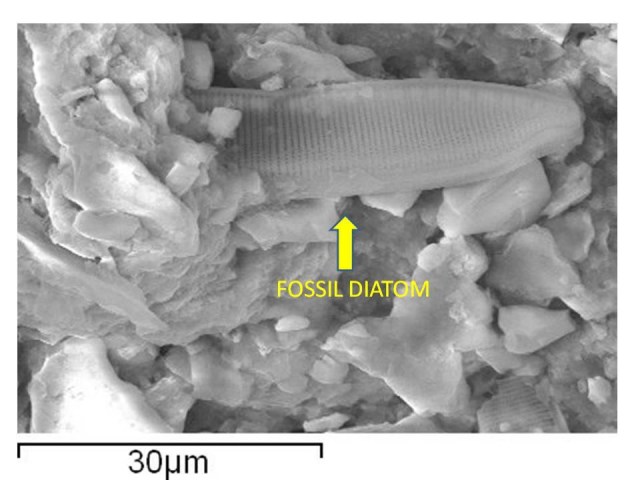 Claim: Meteorite discovered with signs of life in it

This looks to be a huge story, the first evidence of extraterrestrial life, if it holds up. I would remind readers that “extraordinary claims require extraordinary evidence“. This needs to be confirmed by others in the science community before it can be taken seriously.

This is from a recent meteorite find in December 2012. A large fire ball was seen by a large number of people in Sri Lanka on December 29th 2012, during that episode a large meteorite disintegrated and fell to Earth in the village of Araganwila which is few miles away from the city of Polonnaruwa.

Look at what the electron microscope shows of a sample purported to be from the meteorite:

It looks convincing, and the paper says: “Contamination is excluded by the circumstance that the elemental abundances within the structures match closely with those of the surrounding matrix.“, but I remain skeptical of the claim.

At first I thought this was somebody mistaking a Tektite (Earthly origin ejecta from impact that makes it into space briefly) but this meteorite found in Sri Lanka does not appear to fit that category, being a chondrite. Further, this is a (supposedly) peer reviewed paper in the Journal of Cosmology, just published, but looking at the Journal of Cosmology, I have some doubts about its veracity.