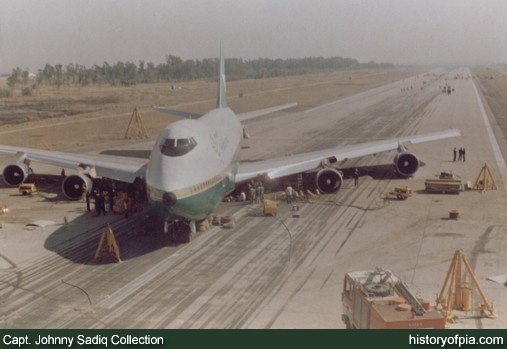 Flying: What’s the strangest incident that’s happened on a commercial airline flight?
Obaidullah Khawaja
Obaidullah Khawaja, Founder and CEO at Sovoia
Here’s a good one thats popular with us Pakistanis in an ironic sort of way. In 1986 Pakistan International Airlines Flight 300 had a belly landing at Islamabad airport because the pilot forgot to lower the landing gear. That’s right, he simply forgot to lower the gear on a 747 jet. There were no injuries and the plane continued to fly for 19 more years after repairs

EDIT: So now I do know exactly how this happened thanks to a reliable source (name can’t be taken because he still flies planes)

There were 3 people in the cockpit that day, the pilot, co-pilot and I think what’s called the 1st officer. Normally there is an electronic safety system that alerts the guys in the cockpit about things such as the landing gear not being down.

This system is generally found to be irritating by pilots who can be quite dismissive and macho – trusting their own skills. In those days it apparently also made some errors in logic. And finally it goes “Warning! Warning!” in a loud shrill voice. So it was standard for PIA pilots at least to switch off the circuit breaker for this system and switch it back at 1000 ft

It was standard for the cockpit crew to switch back the warning system and for each of them to check that the landing gear is down as part of their landing checklist.

None of these things happened so the pilot basically landed the plane thinking that the landing gear was down. He only realised after hitting the ground that it wasn’t

The pilot called HQ right after getting off the plane and tendered his resignation. He never flew again.

Boeing were ecstatic, apparently this is one scenario they had not stress-tested for

Here are some incredible pictures

EDIT: Since the above story has been so popular I thought I’d add another story from the 1970s which probably set the precedent for heroics by future generations of Pakistani pilots

According to http://www.historyofpia.com/acci…, the two pilots Salhejee and Mir had a misunderstanding about which one of them was flying the plane in the midst of a storm.

According to the site:

” The landing was going to be made by Capt. Mir. The weather was bad and Mir asked Salehjee to take over for the landing. Somehow, Salehjee didn’t hear the request, Mir thought that he had and so the approach was flown with nobody at the controls until impact! The pilots were unable to regain control of the aircraft and it veered off the runway. The Boeing 707’s main under carriage collapsed as it struck the runway very hard.

As seen in this photo, soon after aircraft’s crash landing PIA logo and titles were painted out from its tail and fuselage because Pakistan’s then Prime Minister Zulfiqar Ali Bhutto was due to arrive at the same airport on a VVIP PIA flight few days later. Later, this Boeing 707 was repaired and returned to active service with PIA”